The picture above is of my daughter and her friends some still sweat soaked from the soccer match.  In today’s environment of pervasive social media they happily, quickly and expertly posed for the picture above. They are Millennials and I have gotten to know them a little. I think our aging country has stereo typed Millenials wrongly and I’m calling us old guys out as curmudgeons.  I don’t think they feel entitled, have low motivation or fail to take responsibility.

Over the last six weeks, I have connected with lots of friends new and old and the conversation turns often to kids.  All the kids they talk about no matter the path in life are trying to figure out how to be independent, build their own identity and be or do something important.  All the kids I meet have some vision for their future.  Sure they snapchat, instagram, and tweet all the time but that’s just the newest and best communication technology.  As that old band, The Who, said, “The kids are all right!”  Of course they were singing about us to our curmudgeon parents.

We went to Pittsburgh and had a fantastic dinner with some great old friends, Andy & Allie Kimball, Ian and Terry Ferguson, Ken Moir and Pete Mathieson.  Marine Colonel Ferguson once saw my daughter ask for help buying Cubs tickets on line.  On the spot he nicknamed her Cubs Tickets as an entitled Millenial who can’t do things for herself.  It was funny to hear Cubs Tickets being yelled during the game.

Cubs Tickets, Terry and the Colonel

In addition to Pittburgh, we went to Boston and many Ohio locations.  Many thanks to Sue and Mark Glenn for a great stay and an education on the Red Sox.  Our daughter through 11 games remains healthy, playing the best soccer of her life and growing as a team leader.  It’s making the transition to fall outstanding. 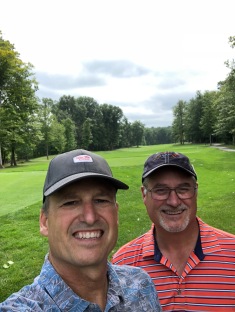 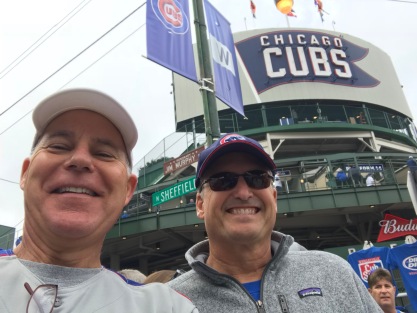 I have continued to say yes to fun opportunity from golf with old friend John Fauth in Ohio to play off games in Chicago with Roger.  I remain convinced doing cool things with great friends is the best.

Also the Ridgeline has proven to be a great choice facilitating 5 tailgates and taking us down dirt roads to national parks and the worlds first oil well (not to be confused with the biggest ball of yarn).  I get why today’s country singers write songs about their trucks.  It’s like a cowboy’s horse which old country singers used to write about, i.e. Old Paint.

The Super Fan Part Two schedule is now posted on the side web pages.  More Ohio, New York and Georgia next.  The Tour rolls on.

3 thoughts on “Faith in America’s Youth”