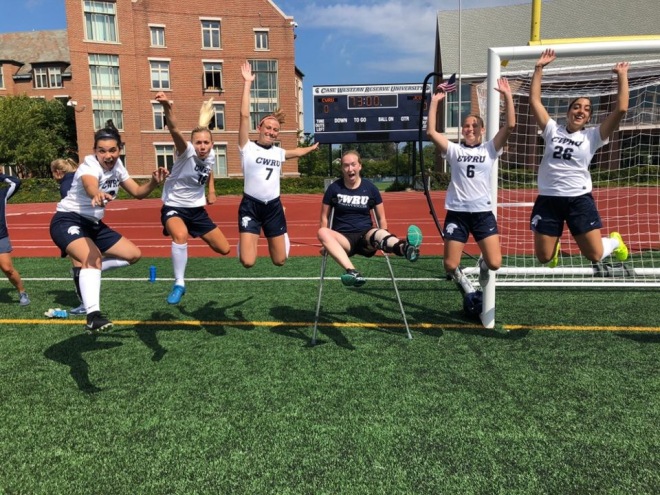 The Ridgeline Tour west logged 4,600 miles routing through Denver, northwest Colorado, Boise to Bozeman, and Craig MT to Mt Rushmore before returning to Chicago.  The Ridgeline is repaired and was an awesome machine out west despite the disparaging remarks from guest bloggers.  Now, the Ridgeline is about to show of it’s versatility and turn into a tailgate machine supporting my conversion into a Superfan.

So if it’s your youngest kid’s last season and you are retired, you go to every game including weekdays because you can.  Part 1 through September is in the side page.  I’ve never been a Superfan before but more of a band wagon jumper.  When a team I have a past connection with does well, I become a fan. And, when they stop doing well I jump on the next bandwagon.  A lot of sports fans don’t respect that, but hey I’m happy more often and spend more time doing stuff than watching down on their luck teams.

In becoming a super fan, I speak regularly with my daughter learning about the upcoming evil opponents, player injuries, keys to the game and all other details I can think of.  My wife reminds me to support the team by helping with team family events, post game meals and constructive cheering (not coaching or refereeing) from the stands. Those reminders are needed.

Additionally,  I plan on initiating and using the Ridgeline to host a series of tailgates starting September 15 in Cleveland.  Lori, my wife, will be a Superfan as well going to all games while still teaching mid week.  It will require some complicated logistics.  Along with the tailgates,  I’ll get to see old friends in Cleveland, Boston, Pittsburgh and Atlanta.

For the opening games last weekend, old friends the Kenny’s and Bacon’s road tripped from Chicago.   We did a little kayaking to Lake Erie, an Indians game, and of course the home opening victory of the CWRU Spartans Women’s soccer team.  Our daughter is healthy and happily playing for now. 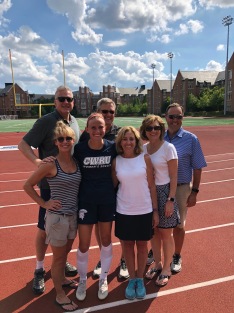 A special thanks to our road trippers for making the weekend a true Ridgeline Tour event, great experiences with great friends!  And thanks to our daughter for letting us hold on a few months longer.   Lori and I are now Superfans.

One thought on “Super Fans”